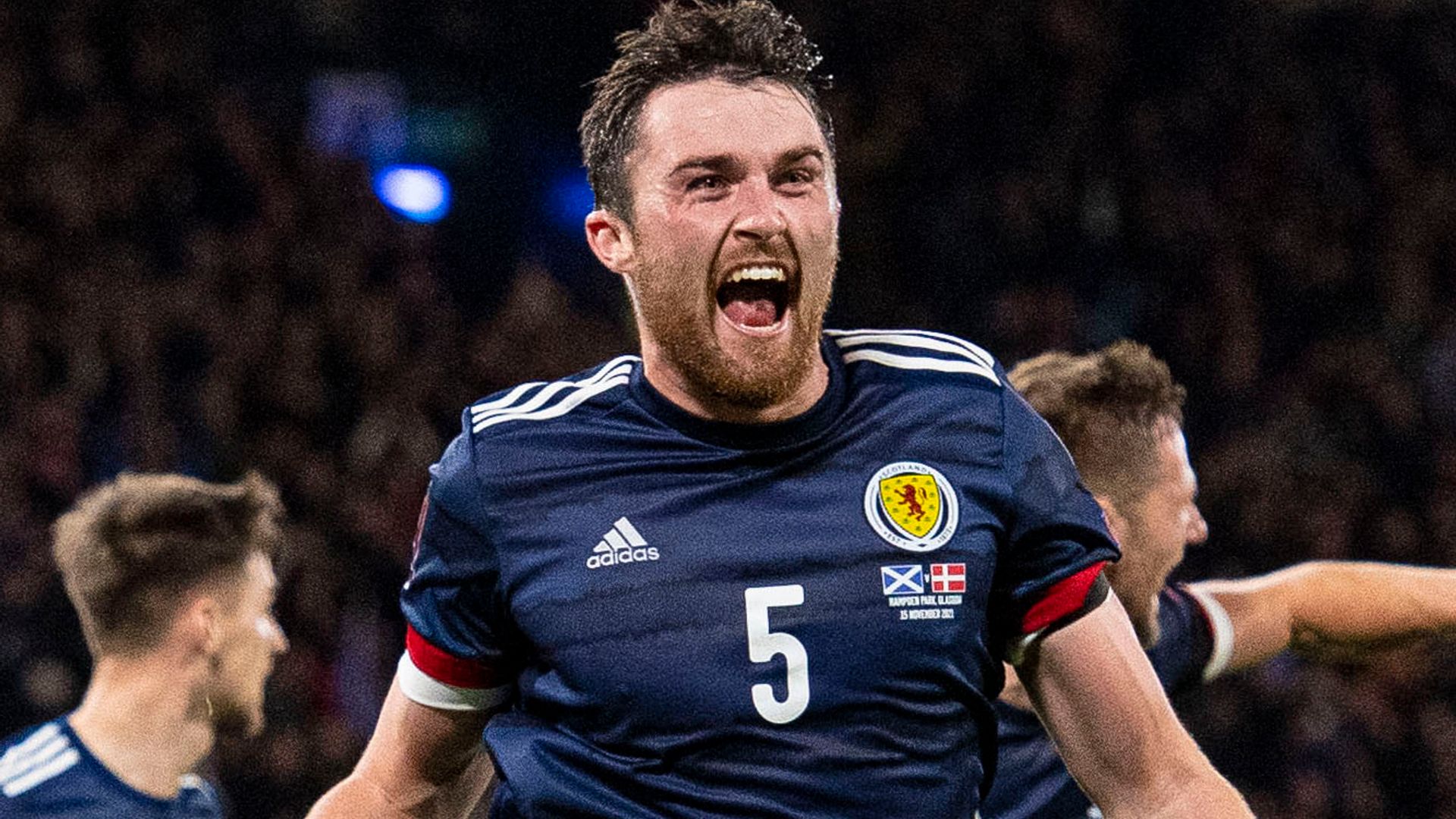 Scotland put the cherry on top of an outstanding World Cup qualification campaign with a 2-0 win over Denmark to secure a home tie in the play-offs.

Denmark were unbeaten in their last 26 qualifiers for World Cups and European Championships and had won all of their nine matches in Group F to top Group F but met a Scotland side at full-pelt as John Souttar headed home the opener on 35 minutes.

Steve Clarke’s team were tenacious all over the pitch but backed that up with quality when Che Adams raced clear with three minutes left to rubberstamp the victory, Scotland’s sixth win in a row.

The result means Scotland’s tally of 17 points guarantees them a spot as one of the highest ranked group runners-up, meaning their one-off World Cup play-off semi-final will be at Hampden Park against an unseeded opponent.

“What a performance, what a night. That is as good as anything I have seen,” said Sky Sports’ co-commentator Ally McCoist.

The play-off draw for the European nations takes place in Zurich on Friday, November 26 at 4pm UK time.

On November 26, the 12 teams will be drawn into three play-off paths for one-off semi-finals on March 24 and finals on March 29. The three path winners will qualify for the World Cup.

Scotland are set to find out their play-off opponents on Friday, November 26 before their one-off semi-final on March 24. The draw for the World Cup, where Denmark and potentially Scotland will be involved, will be held on 1 April next year.