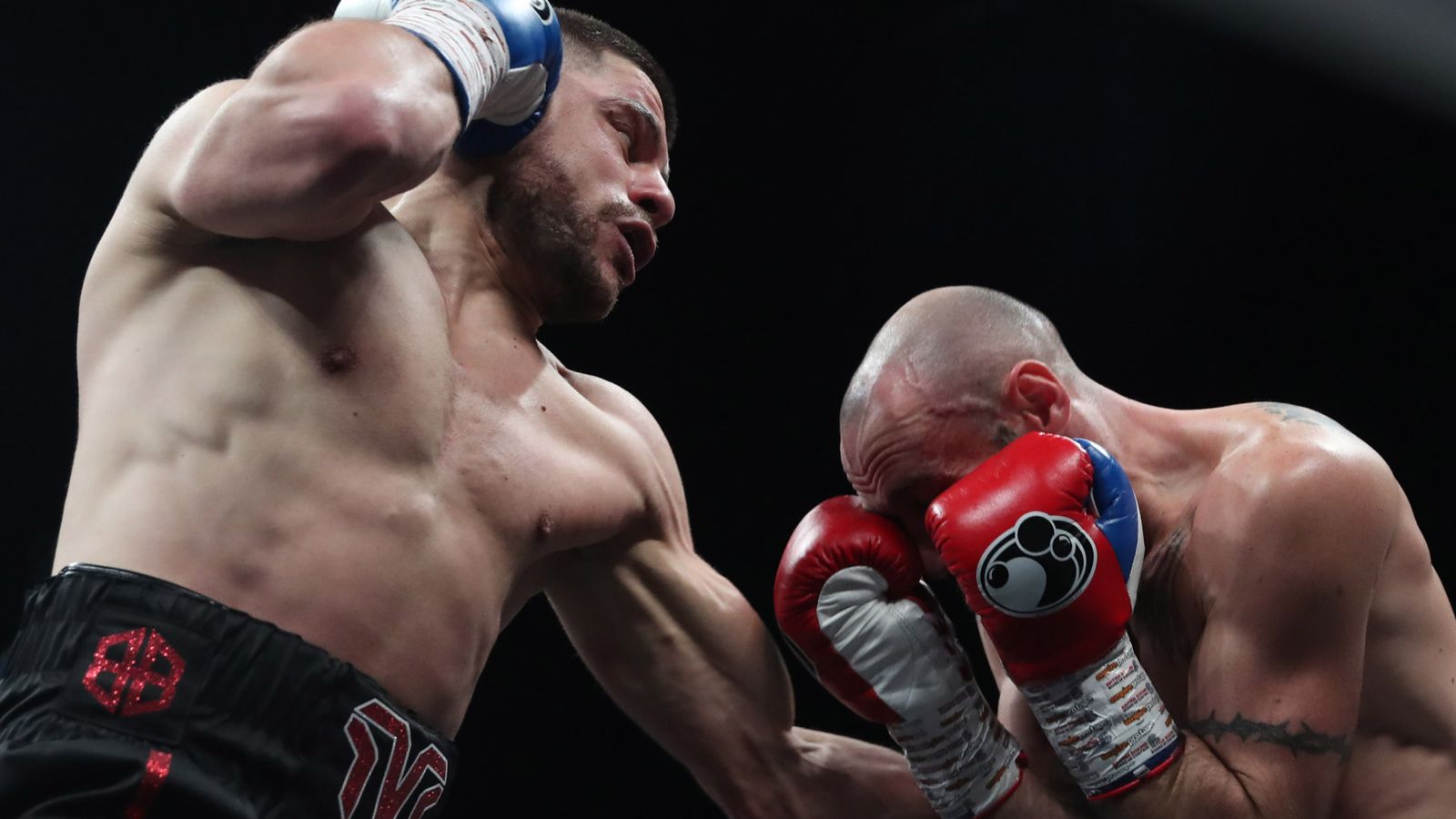 Florian Marku battered Jorick Luisetto to improve his unbeaten record and thrill the Albanian fans in attendance on Saturday in London.

‘The Albanian King’ brought hordes of fans who cheered before and after he won on points in an eight-round fight.

Marku was never in danger and remained undefeated for an 11th fight as he progressed in an exciting UK-based welterweight scene that includes Conor Benn, David Avanesyan, Josh Kelly, Chris Kongo and Chris Jenkins.

Buoyed by the electric atmosphere, Marku started quickly with flurries of hurtful shots – an uppercut was the pick of the bunch.

Marku stylishly switched between orthodox and southpaw stances to inflict punishment on Luisetto.

Luisetto was brave and willing to scrap but it only enabled the classier Marku to find space for his own sharp shots.

Marku began goading his opponent in the fifth round, much to the crowd’s delight, before firing punches at him.

He controlled the range and the pace of the fight while leaving some damage on Luisetto to extend his undefeated record.