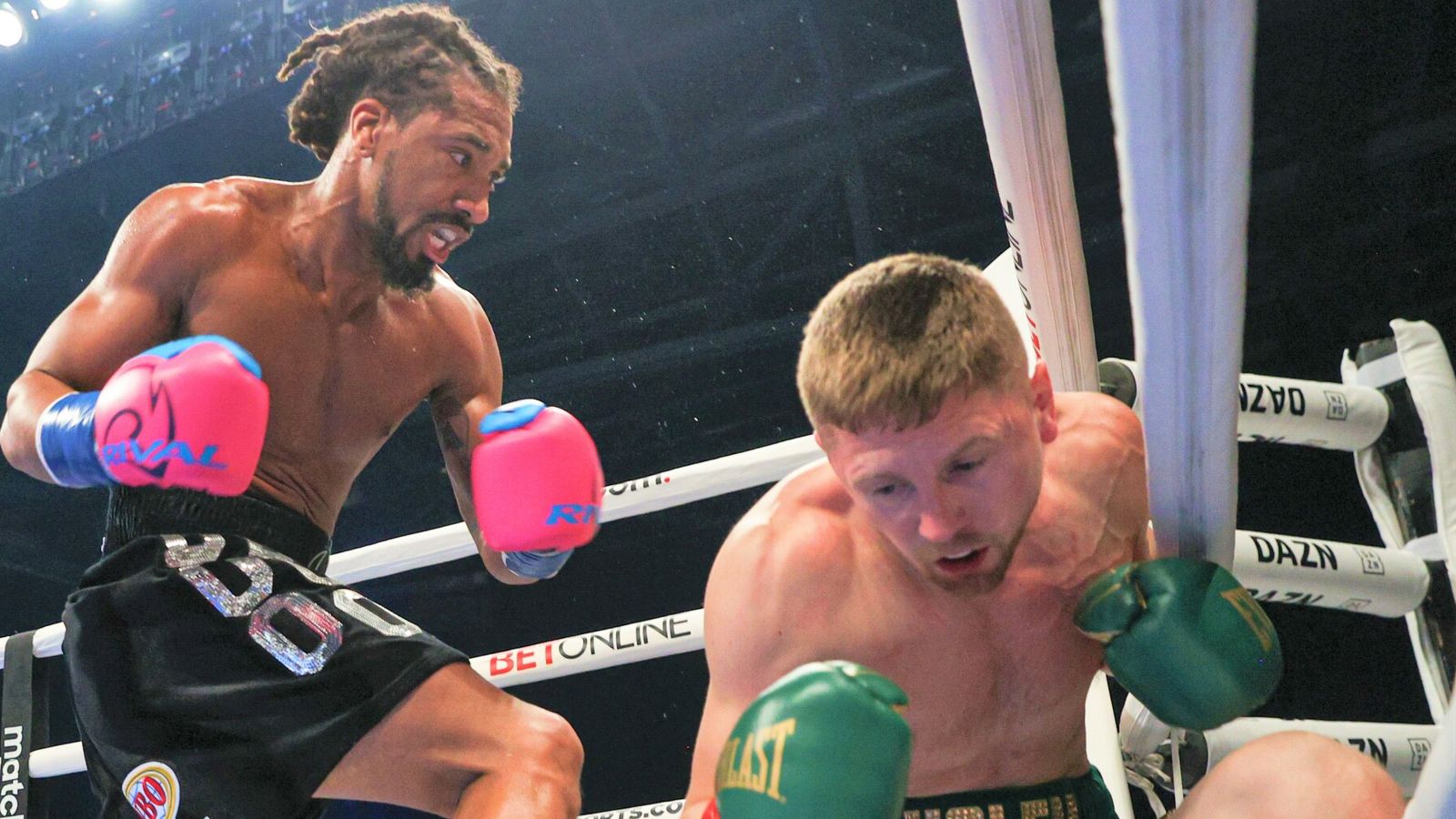 Demetrius Andrade floored Jason Quigley on three occasions in a ruthless stoppage win as the WBO middleweight champion staked his claim again for a big-name bout.

The unbeaten American overwhelmed Quigley with speed and accuracy, dropping the Irishman in the opening round before Andrade delivered two more rapid knockdowns to force the intervention of the referee.

“I did what I said I would do, I looked good and felt good,” said Andrade. “I delivered a message tonight – what’s next and who’s next.

“Every time I get in the ring, I do something different, and I can do it all, and whatever I need. Patience.

“So many times, you see people get knocked down and then they knock the other guy down. So, I keep patient in there and wait for the shots to land. But you asked for KOs, and I give you KOs so let’s go.

On the Andrade vs Quigley undercard, Australian heavyweight Demsey McKean marked his US debut with a sixth round stoppage victory over Don Haynesworth.

For over 8 years, Dave has been working in mainstream media and sports betting.
Previous Seattle Seahawks’ Chris Carson to have season-ending neck surgery | NFL News
Next Markus Anfang: Werder Bremen head coach steps down amid investigation into alleged use of forged Covid-19 vaccination document | Football News