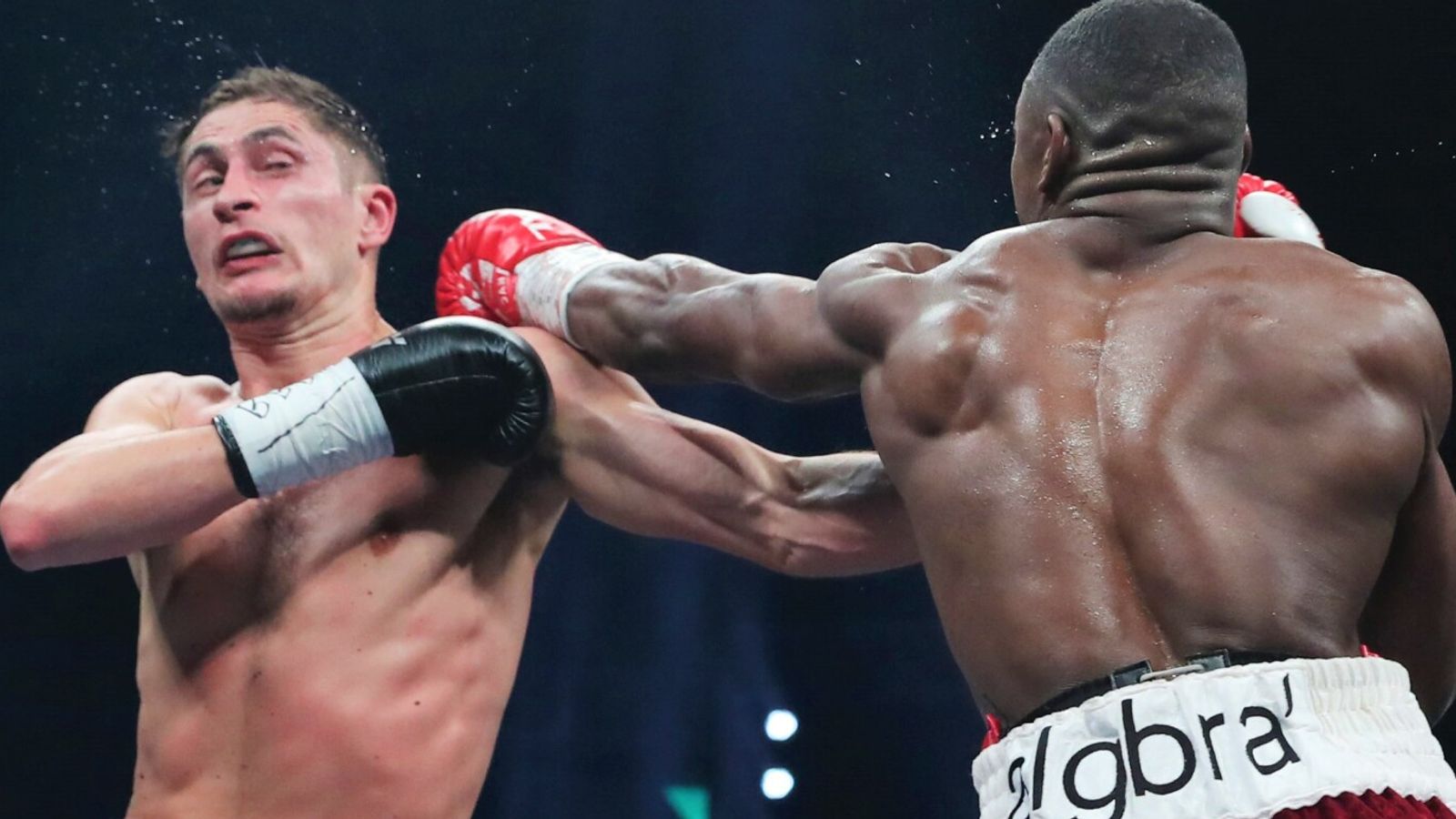 Dan Azeez blasted Hosea Burton to a halt in the seventh round to become the new British light-heavyweight champion at The SSE Arena, Wembley.

Azeez dominated the fight with his relentless aggression from the opening round and he trapped Burton in the corner with a brutal barrage of punches to force the referee’s intervention.

In a fiery opening round, Azeez dug in body shots on Burton, who suffered a bloodied nose after he was wobbled by a looping right hand.

Swift right hands from Azeez continued to trouble Burton in the second round, while the south Londoner landed a thudding left hook in the third.

Azeez was firmly in command, spitting out shots with swarming attacks in the fourth, and he staggered Burton with a stiff jab in the fifth.

Blood smeared around the face of Burton and he slumped onto the ropes after a leaping punch from Azeez in the sixth round.

Burton’s defences finally unravelled after a huge right hand from Azeez, who pumped out punches until the referee stepped in to signal the finish.