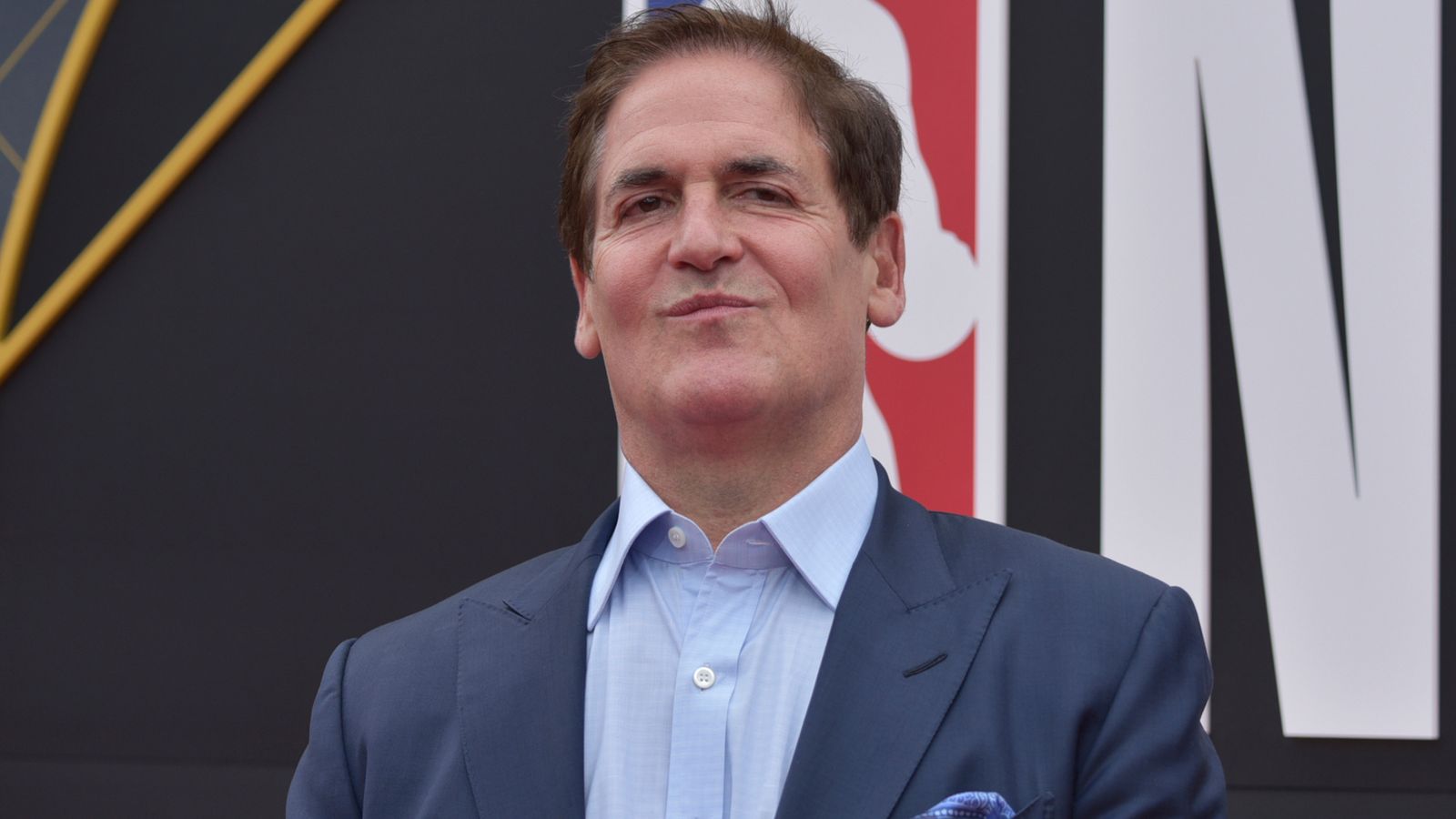 No longer does Mark Cuban feel confined communicating simply through his social media and email accounts.

Just like he did before the pandemic affected the NBA’s health and safety protocols, the Dallas Mavericks’ outspoken owner held court with a handful of reporters while sitting in a courtside seat before Sunday’s game in which the Mavs fell to the Clippers, 97-91, at Staples Center.

“It’s the first time I’ve done this in a long time,” said Cuban.

Cuban appeared to love every minute of it. He talked with a handful of writers for nearly half an hour on various topics, including his early impressions of the Mavericks, how new hires Jason Kidd and Nico Harrison are faring and Dirk Nowitzki’s impending jersey retirement.

The following conversation has been condensed and edited for editorial purposes.

What do you think of the Mavs’ start this season?

Cuban: “We got a long way to go. But we’re getting better. I like that J-Kidd is working to develop us into the best team that we can be. Sometimes that means you’re not always playing for the short term, which is what we agreed on and what he wants to do. At the end of the day, the goal moving forward is the playoffs.

“There are things that might not on the surface seem okay. Or you might ask, ‘Why did you do this in this game at that point?’, and there’s a longer-term meaning for it. He’s invested in his team to make it as good as we can be. We haven’t played our best basketball yet, and we will at some point. It’s too early on the standings.

“Other than Golden State and Phoenix, everybody else is battling it out. But it’s still early. A lot of things can change. We’ll get Maxi Kleber and hopefully Luka (Doncic) back. We’ll get our guys back, but I really, really like the fact that each game is part of the development process.”

What made this approach the right one?

“Players are different today. You go back five years and it’s a different beast. My oldest daughter is 18 and going on 45. Our young players are more like her than they are like Dirk. It’s different. When you talk about what Jason is doing with player counsel and all that, it’s really trying to be proactive to recognise.

“You don’t communicate and teach and push the players today like you did five years ago. You got to be adaptive. Just like in my companies, you have to be adaptive with how you deal with ‘Gen Z’. That difference is why you’re seeing what you’re seeing.”

What have you learned about organisational structure in the past two decades?

“There’s business organisational structure and there’s players. It’s a player-driven league. You have to adapt to the players.”

“Nico (Harrison) and J-Kidd. They get to come in with a fresh start. The players are just different. When I first came here, there was a playbook. Del Harris would hand you a playbook. There are no kids today reading anything. I don’t care what it is. But if you put it in a video? We are talking about putting plays in an app where you just scroll like a TikTok video.

“It’s no different than my 12-year-old, my 15-year-old and my 18-year-old. If I want to know what news is happening, I ask what happened on TikTok because that’s how you get them. Why are kids coming into the NBA any different than our kids? It’s the exact same thing.”

How would you describe (the Mavericks’ recently-hired GM) Nico Harrison’s demeanour?

“It’s intense. But he knows it’s not about Nico. He’s been through it and knows how to communicate. He’s managed hundreds of people. He’s worked for Nike in a results- and people-driven organisation for 20 years. So this isn’t new for him to do these things.

“He’s a learner. To me, that’s always the most important part. Can you deal with the people? Can you get the results? And are you a learner? He’s a learner. He’s a sponge and always open to things. So I’m happy with what’s going on.”

How’s Kristi Tolliver doing as an assistant coach, and what does it mean to have a former WNBA player on staff?

“I love Kristi. It just means she’s great at basketball. Gender doesn’t matter. She’s just really good at her job. Guys love her. She knows how to play. She can get out there and give advice. She knows how to convey advice to J-Kidd. She has a rapport.

“Whether you’ve played in the WNBA or the NBA, people respect your game. With her success, they not only respect her game, they respect the impact she had on the game. She’s great at basketball, and she’s a good coach. So we’re thrilled to have her.”

Do you feel that NBA owners are doing enough to help on the social justice front?

Has enough been done?

“It’s never enough. If you have to ask the question, it’s never enough. You’ve seen the programs the Mavs have put together. It’s continuous. We don’t think it’s over. I’ve always told (Mavericks CEO) Cynt Marshall when an issue is front and centre in the media and everybody does something, it’s what you do when the media dies down that matters. So we’ve really tried to stay consistent and do things that are impactful.”

The Mavs are retiring Dirk Nowitzki’s No 41 jersey on January 5. What do you think that night will be like?

“I love Dirk to death. I’m thrilled for him. Every award he gets is awesome. We’re not going to have a statue unveiling or anything like that. We might tease what it looks like, but it’s pretty obvious what it’s going to look like. We’re going to have some special NFT’s made.”

How do you think Dirk has enjoyed post-retirement?

“I think he’s getting antsy. But I can tell you this. I’ll break you one piece of news. Dirk has an office in the new practice facility.”

How will he use that office?

What do you think of Staples Center being called the Crypto.com Center?

“The only problem is unlike the early days of the Internet where they’re all US-based, because of the uncertainty with crypto regulation here, you’ve got some of these companies based outside of the United States run by Americans. So that’s the only issue I have with it. How do we get them back here to the United States?

What do you think of businesses that require vaccine documentation?

“I’m fine with it. For me, it doesn’t take a lot to get vaccinated. It’s the path to least resistance with people’s health. I understand why people have made it an issue about other things. But I don’t have any problem with having it. I have it in my phone, and it’s really, really easy. It’s not intrusive to me at all.”

What do you think of the Wilson ball?

“If you’ve been in the league long enough, when you get the Spalding ball, you feel for the grooves. The depth of the grooves is not there. Guys are still trying to adjust to that. Not right or wrong. When people talk about the ball being different, it’s not an excuse. It’s a reality. Guys are going to have to adjust. But they’re pros, so they will adjust.”