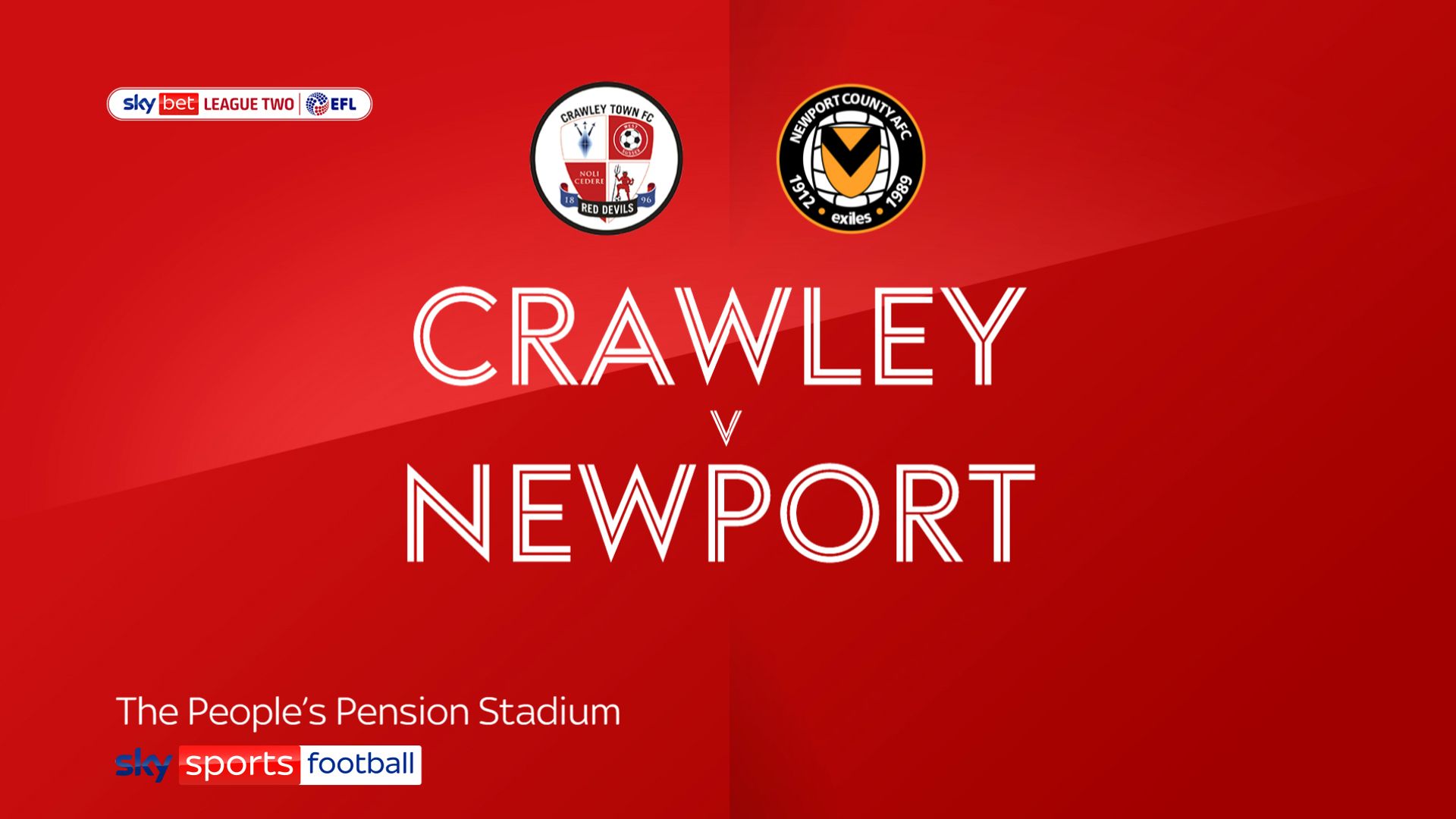 Dom Telford rescued a point for play-off chasing Newport with an 84th-minute goal as the Exiles clinched a 1-1 draw at Crawley.

Kwesi Appiah, who headed the Reds into the lead 10 minutes after the break, almost won it in the last minute when his shot rebounded off the bar and into the arms of keeper Joe Day.

Crawley head coach John Yems went into the game stressing his team still had plenty of work to do to climb the table after ending a six-match losing streak with a 1-0 victory at Barrow last Saturday.

Skipper George Francomb had a shot blocked and top-scorer Appiah fired into the side netting in a busy start by the unchanged Reds before Finn Azaz almost gave Newport the lead.

The Aston Villa loanee shot across the face of the goal after being set up by Telford.

Crawley had another lucky escape when, after a corner from Azaz, right-back Cameron Norman drove an angled shot inches over.

Former Crystal Palace striker Appiah broke the deadlock 1o minutes after the break by heading his seventh goal of the season from a free-kick by Jack Powell.

The Reds, playing with confidence, were denied a second when keeper Day dived to parry a goal-bound shot from substitute Will Ferry.

Newport rarely threatened in the second half but levelled six minutes from time when leading marksman Telford fired his 12th league goal of the season from close range.

For over 8 years, Dave has been working in mainstream media and sports betting.
Previous John Fleck: Sheffield United midfielder ‘conscious’ when taken to hospital after collapse at Reading | Football News
Next Thomas Tuchel has Chelsea injury fears over Ben Chilwell and N’Golo Kante on otherwise perfect night vs Juventus | Football News